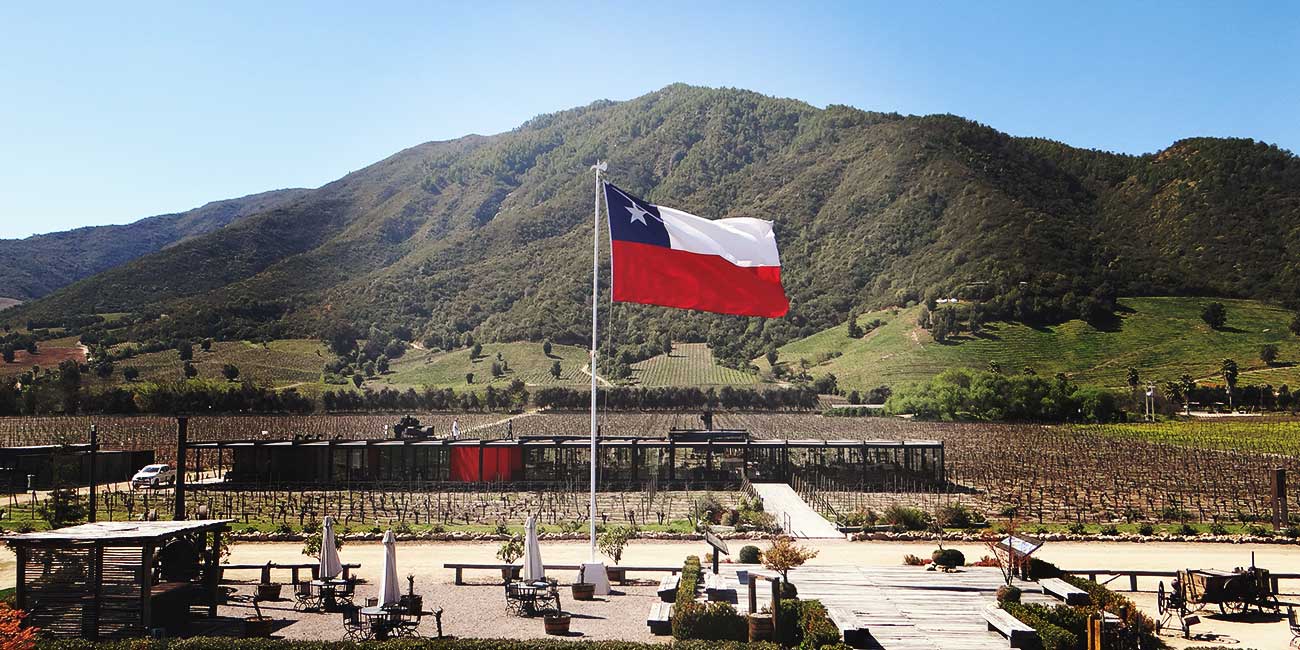 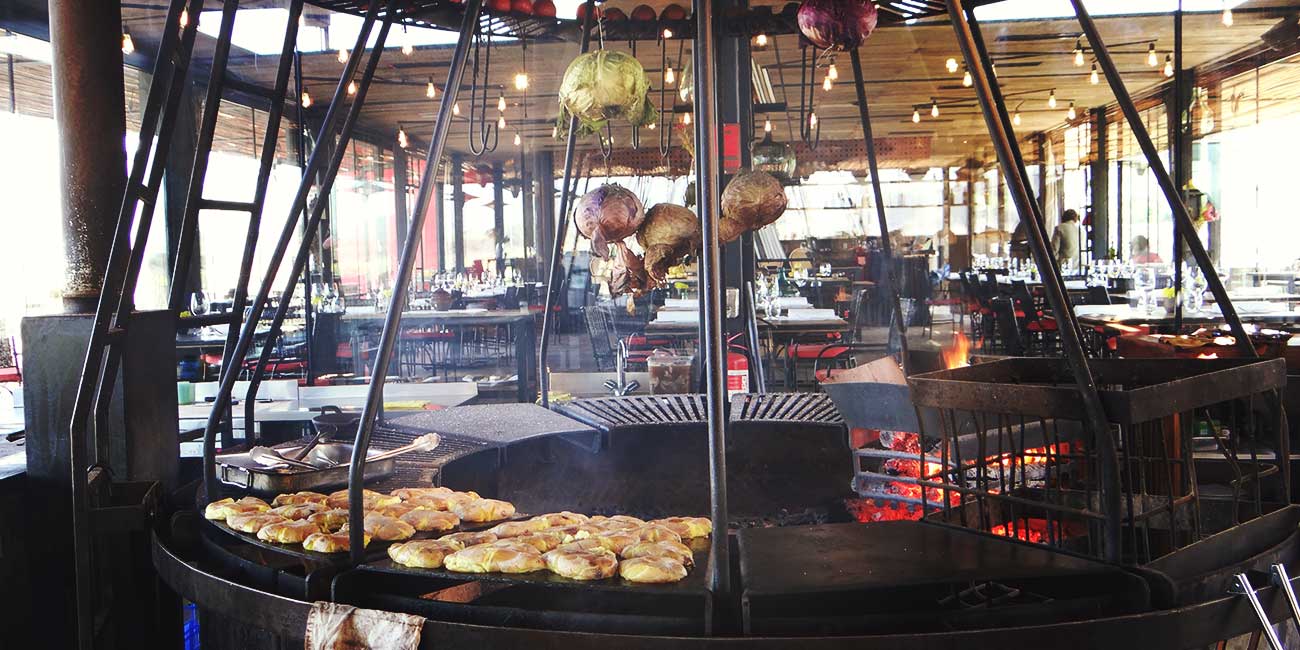 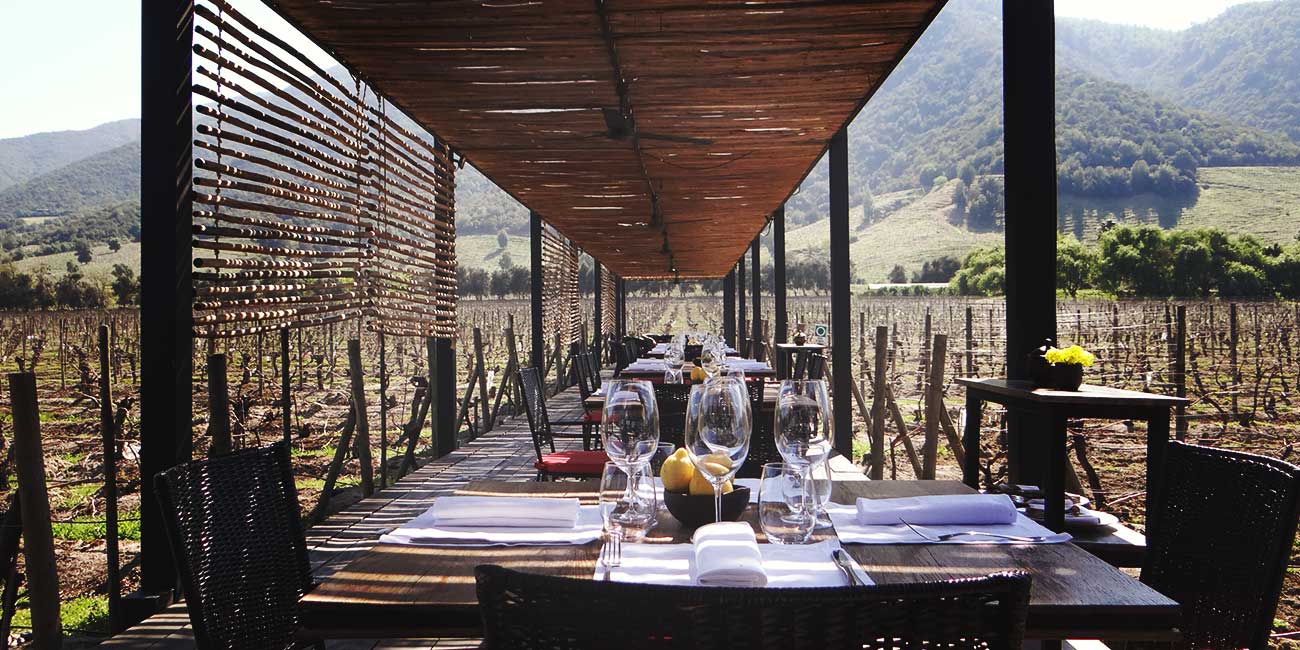 Owner and restaurateur, Francis Mallmann opened Fuegos de Apalta in March 2017 which is located at the Montes Winery. The restaurant is situated just behind the winery among the vineyards. Enclosed in glass, there are beautiful panoramic views of the vineyards at Montes.

Francis Mallmann is an Argentine celebrity chef and author who specializes in Argentine, particularly Patagonian cuisine. He owns restaurants in Mendoza, Buenos Aires, Uruguay and Miami and has been featured on numerous international television programs, as well as on the Netflix original series Chef’s Table.

The menu has a nice mix of starters and entrees (mostly grilled) including the ribye, new york strip and a very generous Tomahawk steak along with fresh daily fish selections local to the region.

Mallmann’s culinary style of cooking with fire makes a statement once you approach the restaurant and see the large open pit which is a central attraction near the dining area.