How to get to Santa Cruz, Colchagua Chile

How to get to Santa Cruz, Colchagua Chile

Getting to Santa Cruz

From Santiago, take Route 5 South. You’ll pass the cities of Rancagua and San Fernando. Take Route I-90 which leads to Santa Cruz. Once you are on Route I-90 – Santa Cruz is approximately 41 km (25 miles) away. Before you approach Santa Cruz, you’ll pass a long white wall which is the Viu Manent winery.  Just a few minutes away is the entrance into Santa Cruz which is on the left hand side.

Tips!
1. There are highway tolls between Santiago and Santa Cruz so be sure to have some small Chilean bills and change.

2. To avoid driving through the city of San Fernando we suggest taking the exit that is marked “Santa Cruz – Pichilemu” Carretera del Vino. The exit is two exits after passing the large San Fernando sign.

3. The I-90 highway from San Fernando to Santa Cruz is under construction so part of the highway is 4 lanes and part 2 lanes. Drivers tend to speed and bypass other drivers so be cautionary.

IMPORTANT! If you need to make a left turn from the highway, pull onto the right shoulder and wait for clearance before turning left.

By Bus from Santiago

Traveling by bus is an inexpensive and comfortable way to get from city to city. The trip from Santiago to Santa Cruz takes 2-1-2 to 3 hours depending on time of day, day of week and traffic.

There are 2 major bus stops before you arrive in Santa Cruz — the O’Higgins Terminal and San Fernando Terminal. Depending on how express the bus is, the driver might make several small stops along the way.

Here is some additional information and tips on bus transportation services to Santa Cruz to help you with your trip.

For those of you going to Santa Cruz from Santiago via bus, you’ll want to connect at the South Bus Terminal called ‘Alameda’ which is located off the Universidad de Santiago Metro Station.

Very Important! There are 2 main bus terminals in Central Santiago – one that services the north routes and the other that services the southern routes. Since you will be traveling south, the terminal that you need is approximately 2 blocks further away from the 1st main terminal. Once you exit the metro at Universidad de Santiago, you’ll need to head straight for 2 more blocks.

The buses usually provide A/C in the summer and heat during the winter.

For tickets online, there is a website called http://www.recorrido.cl/en which is good site for booking the ‘Nilahue’ bus tickets. Those are the only tickets sold online. Make sure to print the tickets before hand as it makes boarding the bus much easier.

TIPS!
Before purchasing a bus ticket you may want to follow these suggestions:

1) If you decide to purchase a ticket at the bus terminal, check first the parking lot for the newest bus.

2) If you purchase your ticket the day of, before buying your bus ticket, look for a newer bus and make sure to ask the ticket counter for a seat in the middle of the bus and with shade (‘sombra’). The sun rises from the Andes and is very strong if you sit by the window. Traveling to Santa Cruz in the morning, you will want to sit on the right side of the bus. And on the other side if you are traveling in the afternoon.

3) Avoid sitting near the the back of the bus since the bathrooms are usually located there (just specify this when you purchase your ticket).

4) Always watch your personal belonging and keep your purses/bags in front of you.

5) Carry small bills in case you end up buying a ticket on the bus.

6) Some of the buses have bathrooms but be sure to bring tissues/toilet paper and some hand sanitizer.

7) Bathrooms are located at the bus terminal.

By Bus from Santiago International Airport to the Santiago Bus Terminal

Once you clear airport customs, you will go through some glass doors where several taxi drivers will be offering their services. As soon as you get outside of the building, you will need to go to the right until you see the Centrobus and Turbus stops. The bus tickets should cost around $1.900 Chilean pesos per passenger (make sure to have small change for the bus tickets) and keep a close eye on your bags.

The Turbus will stop at the bus Terminal Sur Alameda in Santiago and the Centrobus will drop you off just outside the terminal (see attached map).

When you arrive at the Alameda bus terminal, you will need to make your way to the bus ticket booths. There are about 4 bus companies to choose from (Jetsur, Nilahue and Express Santa Cruz) and they depart every 30 minutes. 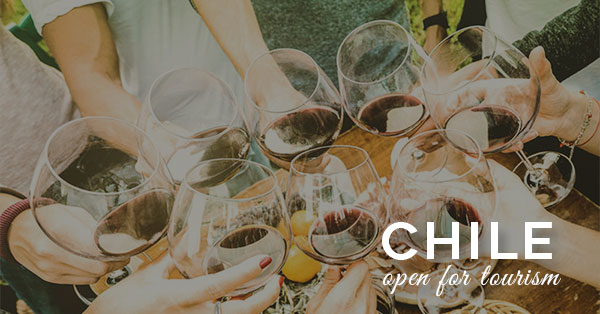